I recall my High School years being roughly the first time I even heard of "Depression." That this kid, or this celebrity, or this person was "Depressed." And at the time, though I was clear even then things weren't perfect in my life, per se, I was still enjoying my life (yup, even High School). The rough idea I gathered about depression boggled my mind. The depth, boggled my mind. Like, I was in a space of not being capable of computing "depression." How could so-and-so be depressed? They're rich, or they seem to have such a good family or they're life doesn't seem that bad, et cetera, et cetera other internal reflections of ignorance (since most of these conversations I generally had were in my own head - that's, I suppose an only-child moment for you). But even that, at the time, did not have me readily connect with the web depression can tend to create.

It wasn't til I lost my mother, in the least ideal way, that I began to ... "Get it." My mother passed on my way into my senior year of college. My best friend, when there was no one else there ... died in my arms, on a family trip, from a heart attack. We didn't even completely stop in the Amtrak station of our destination before her time to transition came. First time full, immediate family trip in God knows how many years. It was a rough few days away from home, and even rougher when we returned. The staleness of the hottest summer of my life filled my home. My whole senior year suffered, and from that moment, I got to know Depression... Anxiety... Pain... Very well. For pretty much 10 years and counting. Off and on, throughout my entire 20s, was a brutal internal battle. I saw extreme bouts of anger, rage, which I had no clue I was capable of. Still cognizant enough of my surroundings to not harm others, but none the less, in a horrid space of feeling that I never want to revisit. Amidst that, on the flip, crying fits that lasted a few years after her passing, along with anxiety attacks, troubles breathing (more so than normal), intense heart palpitations ... And every now and again, moments of feeling like things would be better off if I weren't here. That it didn't matter if I was.

In the good times, when I could actually take the moments to see and relish in them, it allowed me the space to reflect on those moments like "oh... shit. So that's what it feels like. That's horrible." recollecting on moments (later in life, just feeling more and more random) of immense sadness, or nothingness, wanting to be locked away from the world, within a desperation of wanting so badly to be with the world at every turn... Perhaps to mask the pain. Tuck it away, so as not to deal. Couldn't stand people, but needed them so much...

And, in my head, no way to really tell them. No way to say.

Because that's "weak," or so commonly perceived.

I've had to put on smiles and spirits for others in many ways that a lot of times I just didn't feel like doing. But I did anyway. To make sure I was showing up for others in ways I thought was working. But in reality, I was cheating myself ... and them.

The past couple years have allowed me to see breakthrough's in my self worth and the personal conversation I was subconsciously having with myself about it, for a very long time. Actually the majority of my life, but moved virtually unaffected only up until the point of my mother's death. That was the point of breakdown, and all I thought of myself, my manhood, my black manhood, the idea of weakness; the idea of the protector; the external validation; the "am I smart enough?" / "am I good enough?" battle, all came crashing to a head. Dreams at night visualized myself in battles I couldn't win with folks I didn't realize I was battling (like, physical fights that felt like EVERYONE was Superman, and I was Jimmy Olsen), in the back of my mind. Very weird. At one point, I was completely depressed for 2 years straight and experienced what I felt to be the lowest point of my life. No job, getting kicked out of my home, bad breakup. The saving grace was being able to create a groundbreaking piece of music, my debut album, and even leading into the creation of my second. I found healing in the music.

The past couple years have shown me my actual self and allowed me to understand my power to push through the days better, and be more open and communicative with those that I love and loved me back. I became more clear on my place in the universe and where I get to stand for others, on deeper, more connected levels. But being open and vulnerable with others was the biggest thing. I think that's what was missing ... Not only being able to sit and BE with my pain, my struggles, but to be able to openly share it with others, on a more intimate level. It helped me get clear on who I am and also how I get to love others, and i was able to find love, and one with whom I get to see a lifelong journey. Life's felt greater, though here and there, down moments creep in, but not nearly as deeply as in the past.

Depression is a real thing. Many people go through, and many of our (see: black) people go through it. It's long been treated as some form of stigma to even discuss and resolve, as well as other mental dis-eases. But there's a power in being with those going through it - like REALLY BEing with them... Not scolding them... Not brushing their feelings off... Not gauging the severity of the dis-ease, especially in comparison to others... Just... BEing. Being present. Being a space for them to get through the motions, while knowing someone is there for them, not necessarily to enable, but to really let them know "hey... We will get through this together. Because I care about you. We will get through this." To be this candid with our feelings, especially for men, for BLACK men, is practically taboo, even still, in 2016. It's getting better though, and there's a ways to go.

I say this to say, black men, no matter what we are going through, and especially in America, there is a LOT going on... We get to be there for each other, as brothers to lean on. And our sisters are ready at the hilt to be the same shoulder, or bosom, or lap or buddy to be in a blanket burrito and watch Netflix. But there's no salvation of one's soul in hiding what plagues it. It's time we get better about freeing judgement of others and how they cope or how deep it gets. It's getting the fuck through the storm til the sun breaks the greyest parts of the clouds... Together. 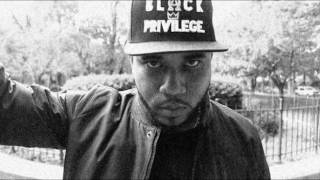